Christine schoenwald is a writer.

I've been writing since I was a little girl.
I would write stories for and about my friends.They loved reading about themselves and would get so excited when I'd hand out my horribly typed stories. I guess I've been self-publishing since I was 9--either that or I created Reality Serial Fiction!
Although I have a B.A. in Theater Arts,I trained extensively in improv, stand-up comedy, and sketch comedy at places like The Groundlings, ACME and Bang Improv Studio. It was at the world famous Groundlings that I first started writing comic character monologues. One of my proudest achievements is the show, "Off-Kilter: The Monologues of Christine Schoenwald" which had a cast of seriously funny comic actresses performing my character monologues. "Off-Kilter" had two successful runs at Bang Improv Studio. During my time at  Bang, I wrote and performed my two one woman shows"Adventures in Slutland" and "Seen on Screen." I also created and directed many shows such as "Extra Credit," "Comedy Klatch" and "Pinata." I loved doing comedy, and improv but when I went to my first personal essay show, I was hooked.
I've read my essays at my own show Pinata  and in shows all over Los Angeles such as The All Girl Revue, Tasty Words, A Very Special Episode, To Whom it May Concern, Taboo Tales, I love a Good Story, Tattle Tales and one of my very favorites The P.E.Z. Show.
I've always written my own performance material whether it was sketch comedy, essays, or one person shows, so it was an easy transition to start writing novels, and essays for publication.
I love writing, and sharing my work with others whether it's in a publication, a show, or here, my very own writer's website.
EAT WELL, WRITE WELL,AND LIVE WELL!

"Christine Schoenwald is effortlessly hilarious. Her daring honesty reveals intimate truths, while her wit charms and unites us. She is gifted, poignant, and dedicated. A true voice of her generation." - VANESSA MARSHALL

"For years I've relied on Christine's invaluable advice on all matters of storytelling. She's provided me with an incomparable insight on how to make that crucial connection with an audience when performing or reading an essay. I credit her wisdom for much of the success I've enjoyed beyond Piñata." - JAMES BRIAN JUDD

"Christine Schoenwald is why I first started writing in earnest. If you'd like to dip a toe into the world of the personal essay, and maybe get your feet wet with spoken word shows, you couldn't ask for a more encouraging guide."  - JENNY NOA

"I've known this for a while, but you become such a good writer. You let us in to your highs and lows, but you don't punish us for witnessing your pain, and you don't punish yourself for your mistakes. It's all funny, and interesting, and obviously so true." - EVAN GORE

"Christine knows what's funny and can point you in directions you wouldn't have pointed yourself . For example, she read over some of my old diaries and pow wowed with me on putting together a presentation to submit to "Mortified" online in hopes of getting an audition. I followed her directions, and not only did I get the audition, but have performed in Mortified several times in Los Angeles, Berkeley and San Francisco. They also included my piece in their second book, "Mortified, Love is a Battlefield." Yay, Christine!" - LORELEI HILL BUTTERS

"When I decided to produce a small essay show in town the FIRST person I thought to contact for information and help was you, Christine Schoenwald. My show wouldn't be as successful as it is had it not been for your help and for you casting me in YOUR essay show, Pinata, so I could observe how it was done well. I certainly learned a great deal from you about essays and essay shows." - ALEX ALEXANDER 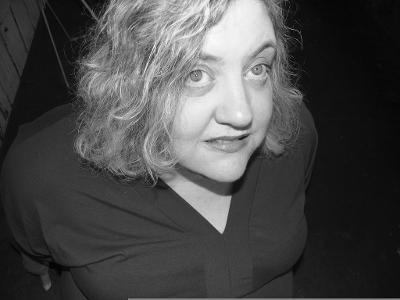